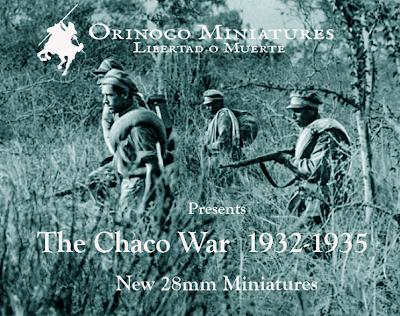 We are very happy to announce the release of our new range of 28mm figures covering the Chaco War (1932-35). This Interwar conflict was the biggest and bloodiest war seen in South America in modern history, and was certainly one of the biggest conflicts of the 1930's along with the Spanish Civil War and the Japanese invasion of China.

The war witnessed the evolution from trench warfare to more mobile tactics over a 3 year period. Indeed one of the largest battles at Nanawa was called "the South American Verdun" such was the intensity of the fighting.

The war between Bolivia and Paraguay was over ownership of the Chaco Boreal, a vast semi arid landscape of partial desert, cactus and dry savannah-like scrub and low jungle, which at the time was thought to contain large oil deposits. The Bolivians with an army four times the size of Paraguay's, and with large arms contracts from Britain, and led by a WW1 veteran German general, were effectively outfought and outmanoeuvred by the smaller Paraguayan forces who benefited from tough and acclimatised soldiers and a small but highly trained and capable officer cadre.

The figures come in four packs (each with 4 individual sculpts) which represent the vast majority of the fighting forces on both sides. In addition to these will next be released LMG, HMG and mortar squads for each side.

The packs are listed below: 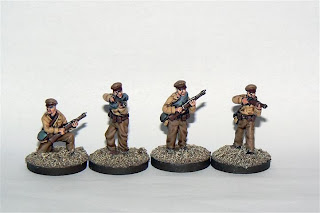 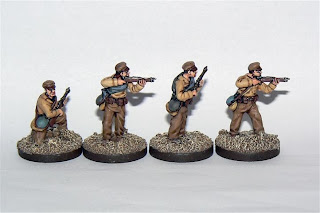 Photo of all the Bolivian Infantry figures 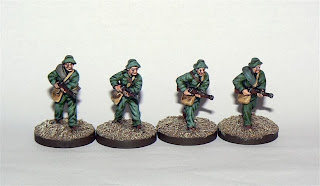 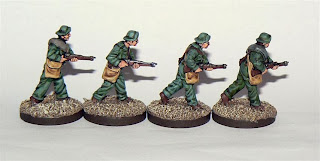 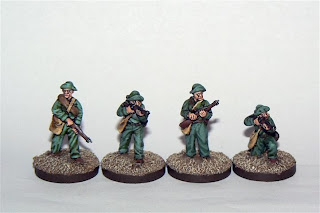 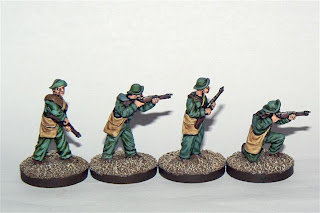 Photo of all the Paraguayan Infantry figures

We do hope you like the figures. These are ideal both for the collector and wargamer, and there are several excellent sets of Interwar rules with which to game this conflict. There will be more information in the near future about resources for this period in terms of book lists, suggested wargame rules and scenarios as well as uniforms guides.

The figures will be available for sale later today at our webstore here:

Just to give you a further taste for the period, some contemporary British News from the conflict: