This is just a quick announcement to say that Age of Glory Miniatures in USA are now stocking all our figures. This will be good news for customers in North America.

They have just taken delivery of a large box of figures (all the British Legion packs) from me and are now available for sale. US customers can order the figures here:
Age of Glory Miniatures

We will be supplying Age of Glory with all our other packs as they are released.

Posted by The Wilde Goose at 12:30 No comments: 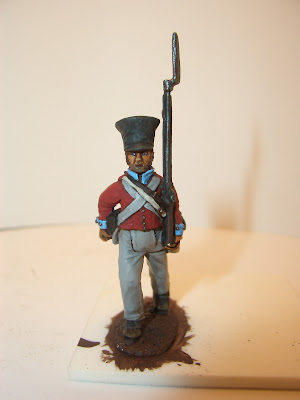 I just received a message from HGA that over at his blog "Handrenadealien's Great Lament" he has posted up some nice images of newly painted British Legion figures (one image of which  I have borrowed above). You can see more of his lovely paintwork here:
http://handgrenadealiensgreatlament.blogspot.cz/2013/06/orinoco-miniatures-28mm-cazadores.html
Posted by The Wilde Goose at 21:00 8 comments: 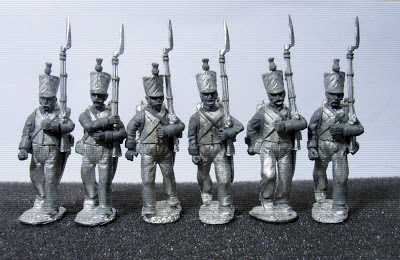 I received some photos of the greens (or rather greys..) of the next unit in the pipeline. These are the flank company of what will be 4 packs for the colonial Spanish army in short jackets (both flank and centre companies, skirmishers and command). This was the "brin" tropical uniform in white worn in many campaigns and battles both in the north and south (for example by the well known "Burgos" regiment in one of their many uniform changes, as well as the "Arequipa" and "Infante Don Carlos" regiments). 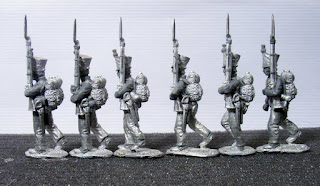 It can also be used for the more standard uniforms in grey or blue worn by such regiments as "Imperial Alejandro" in 1821, or "Numancia" in 1819, and also for some of the patriot units in the south such as the Argentinian Cazadores. 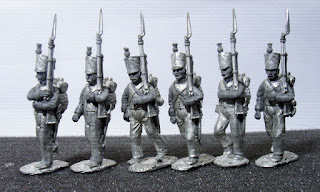 New pictures of the British Legion 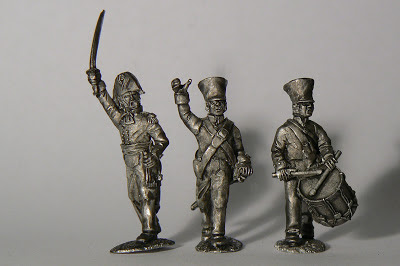 After a hectic week, I found time to give the new figures an ink wash, and well lit scene for a few detailed photos. I hope you like them. 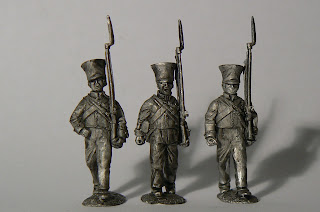 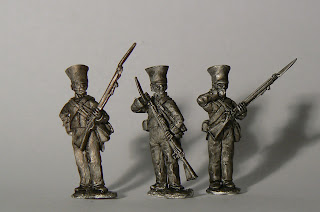 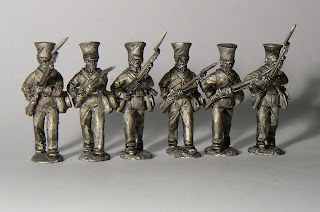 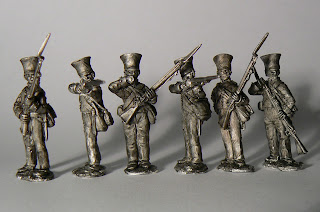 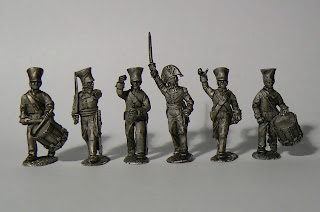 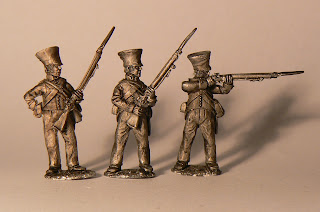 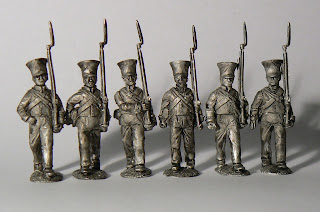 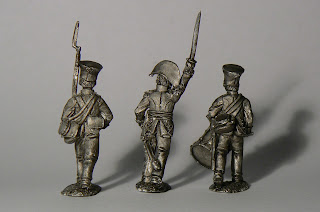