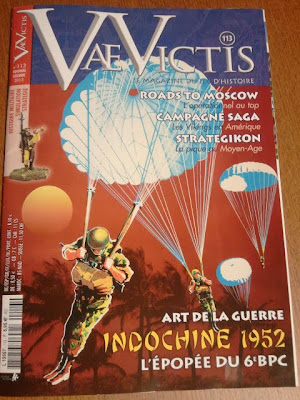 There was a nice surprise waiting for me today in the post box. Nicolas, the editor at Vae Victis Magazine, sent me a complimentary copy of the latest edition which included a nice review of the British Legion figures. 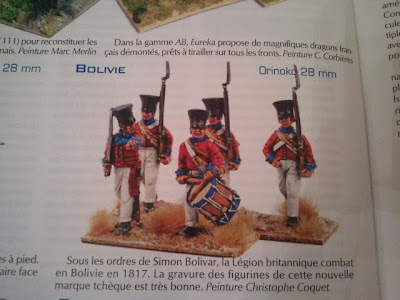 The usual Vae Victis approach is to just present images of the figures with as little commentary as possible (though they do paint the figures up which is a nice touch). Readers then can make up their own minds. 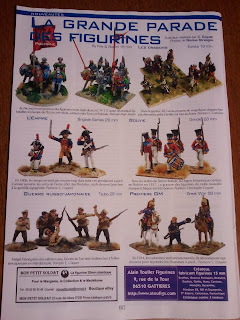 It's the first time that I've seen a full copy and I must say it's really a very professional publication. The current issue also has an excellent article on wargaming the French Indochina war, so I can only recommend it. 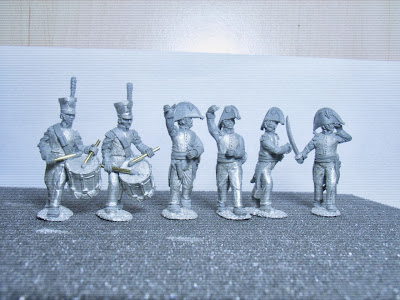 Here is a quick update regarding the upcoming release of the Gran Colombian packs for the South American Wars of Independence range. Above you can see a picture I received of the newly finished Command greens a few days ago. 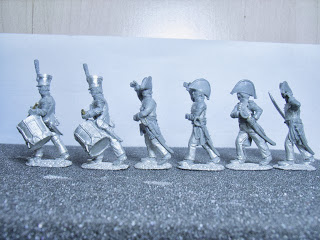 These chaps, along with marching and skirmishing packs, are now winging their way to the casting service. With a hopefully reasonable turnaround time at the casters, I hope that I can have these in my hands and available for sale by the end of this month.

Just to remind you what the other two packs look like, please see the images below. 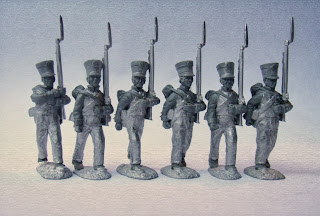 All unit codes back in stock 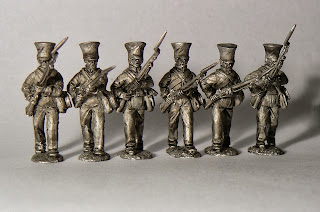 Just a quick note to say that we have restocked all the miniatures codes. One code (the British Legion Advancing) had just sold out. Looking forward to your orders ;-)


The figures can be purchased directly from our webstore here:
http://www.orinoco-miniatures.com/
Posted by The Wilde Goose at 10:46 2 comments: 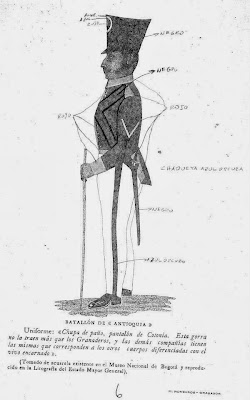 A number of people have requested more information about uniform colours for the Gran Colombian Army of Simon Bolivar. I have managed to get several original period prints plus later artists impressions from Terry Hooker and others at the South American Wars forum on Facebook, as well as directly from sources in Venezuela. Above you can see an image of the Antioquia Regiment, which is close in many respects to the uniform regulations set down for the Patriot army in 1813 by Simon Bolivar. Later prints of the army uniform from 1826 seem to confirm that this was the desired uniform.


The second most common set of uniform images indicate that many units also wore just the gorillo fatigue cap (basically the same as the French 'Bonnet de Police'). It is likely that many, if not the majority of the troops would have worn only sandals or been barefoot. Above you can see an original print of this uniform and below a more modern interpretation.

The reality of campaigning though means that before 1819-20 there was little uniformity either achieved, or if achieved, maintained. Reading "Conquer or Die" by Robert Hall, gives a good indication of how quickly the British Legion battalions became ragged and unrecognisable after only a few months on campaign. Additionally, because of the loss of troops due to disease, desertion and battle casualties, many differing units were brigaded to form new battalions, with a mix of many different uniforms, and new recruits without any.
I will be putting up more images of uniforms as I receive them, with the focus very much being on primary sources. After the first unit of Gran Colombian figures in shakos are released we will be working on the sculpts for the troops in fatigue cap and sandals as represented in the images here. Of course all suggestions and requests are very welcome. 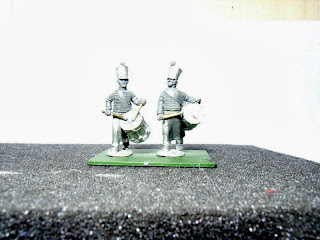 I just thought I'd post a teaser photograph of some drummers for the new Spanish command set which is being finished as we speak (along with the Gran Colombian Command set). As you can see I think the sculpting is up to the high standard that we are trying to maintain. I hope you like them.

We're still targeting the final release of the Gran Colombian figures over the next month (a total of 18 individual sculpts), and the Spanish shortly afterwards. As they say, quality takes time :-)
Posted by The Wilde Goose at 14:02 4 comments: 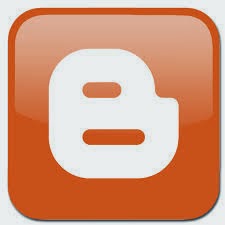 Dear all, over the next few days we'll be attempting to update the Orinoco Miniatures blog. During that period there may be some downtime, or not properly working features. Hopefully the end result will result in a better viewer experience :-)
Posted by The Wilde Goose at 11:03 1 comment: