200th Anniversary of the Battle at Calibio Hacienda - 14th January 1814 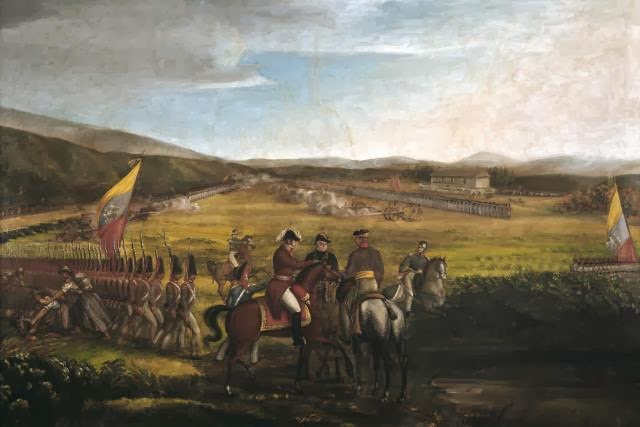 Today is the 200th Anniversary of Calibio, one of the early battles of the wars of revolution which was part of what was called The Southern Campaign.  Royalist troops under the command of General Samano, who had been retreating from a previous defeat at the hands of a Patriot Army at the Battle of Alto Palace, regrouped at the Hacienda in Calibio (in modern day Colombia). Here they met a second Royalist force commanded by General Asin, who had already defeated Patriot armies in several battles. 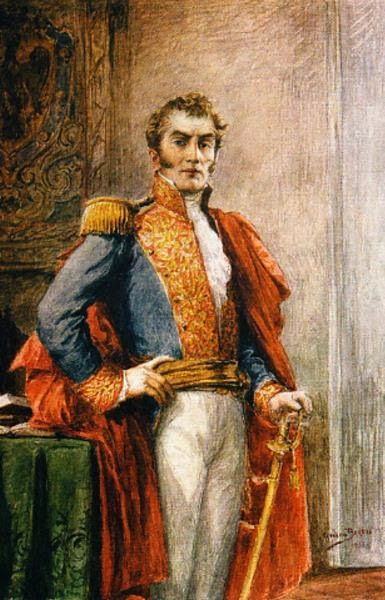 On 15th January 1814, the Patriot army under the command of Antonio Narino (painted above by Espinosa again) with about 1500 - 2000 men attacked the Royalist army at the Hacienda. The battle lasted for three hours and was a close fought and bloody affair, where the Patriot army essentially launched a frontal attack on the Spanish Army. In the end, the Patriots had the better of the final hand-to-hand fighting and routed the Royalists, killing 400 including General Asin, and taking over 300 prisoners, as well as capturing most of the Royalist weapons and artillery.

The painting at the top of the page is by Jose Maria Espinosa (and also features in John Fletcher's Osprey book on the wars) who was actually one of the participants in the battle so we can assume that it is an accurate depiction of the dispositions in this action, though probably not of the patriot uniforms (if they had any at all).

In Espinosa's on words (roughly translated from Spanish below):
" [ ... ] We formed in front of the enemy. Their artillery began to fire , which was answered by the fire of our own, and after few rounds General Narino gave the order to advance , and thus began an exchange of musketry from both sides , which lasted three hours long , and then at last, after a hard fought battle , the victory was decided in our favour , resulting the most complete Spanish defeat and leaving the field covered with corpses , including that of Asin and eight officers. There were 400 killed and wounded and 300 prisoners , including Colonel Solis, and six officers were taken prisoner. All weapons , with eight pieces of artillery fell into our hands ... this tough battle was a stimulus for us to see the courage and intrepidity of Narino, who boldly challenged the greatest dangers and was everywhere giving example of courage and serenity . " 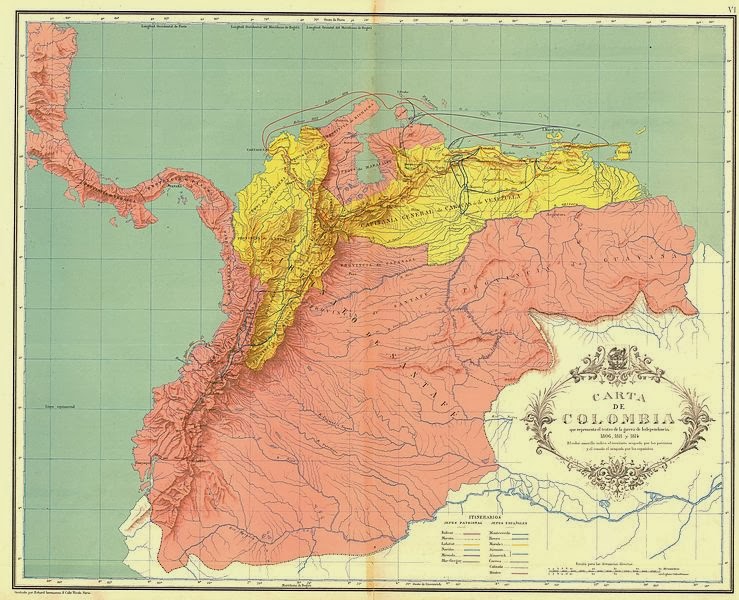 General Samano fled with the remnants of his army to Pasto, where he was relieved of command by the governor of Quito Toribio Montes and replaced by Lt. Gen. Melchor Aymerich . However, Narino and the Patriot army were very slow to follow up their victory and lost their chance to completely destroy the Spanish army partly due to the difficult terrain, and lack of reinforcements, and it wasn't until 22nd March 1814 that they advanced towards Pasto. The weakened Patriot Army eventually disintegrated during this march, and Narino was captured by the Spanish and sent as a prisoner to Cadiz where he remained until being freed in 1821. Though a national hero, his time away meant that he was politically on the margins when he returned, Santander and especially Bolivar now dominating the independence movement in New Granada. Narino did not have the vision of Bolivar  of total independence for all of South America, and was figthing just to create an independent New Granada (current day Colombia). Ironically it was Santader who actually accomplished this with the split of Gran Colombia in the 1830's.  Narino died in 1824.

Posted by The Wilde Goose at 21:37 No comments: 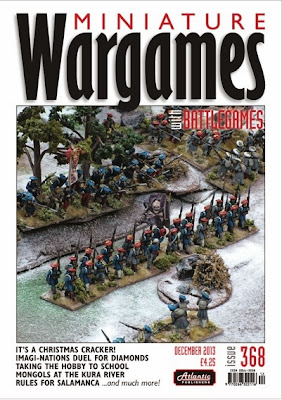 I was just sent a scan of a nice review of our figures by Henry Hyde in December's edition of Miniature Wargames. It's good to see some positive feedback. You can see the review below. 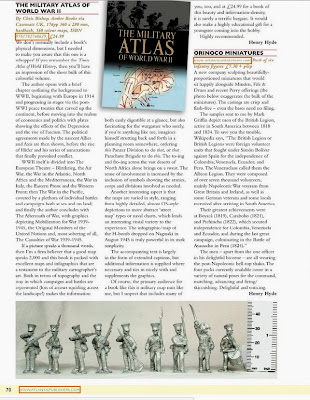 Posted by The Wilde Goose at 10:31 No comments: 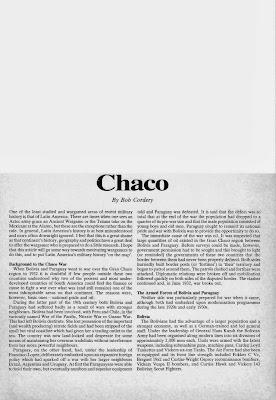 Firstly I'd like to wish you all a Happy New Year 2014.  A few days ago I stumbled across scans of an article on the Chaco War from some early edition of Miniatures Wargames by Bob Cordery over at his blog Wargaming Miscellany. It really is an excellent introduction to the period, best I've seen to date. Bob has kindly given me permission to post his article here. I hope you find it useful. 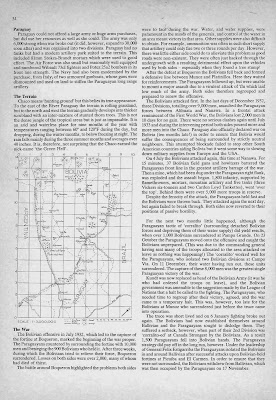 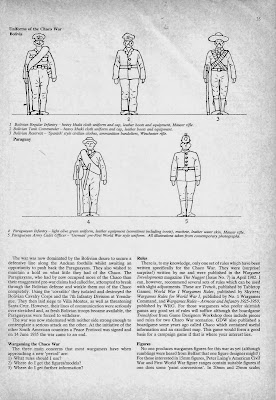 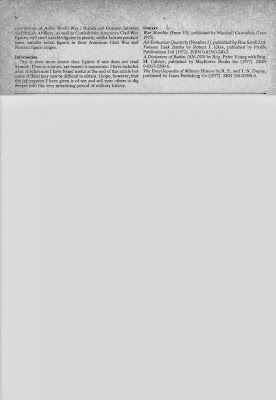