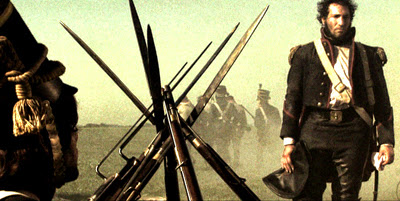 I just came across this documentary on San Martin's first Battle in South America and victory in San Lorenzo in 1813 during the early part of the Wars of Independence in the south. It's in Spanish but subtitled. Some good battle scenes and peasant uniforms for inspiration.

New film about Simon Bolivar and the Wars of Independence - 'Libertador' 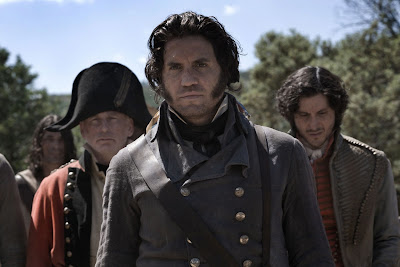 I just thought I would pass on the news about the new film about Simon Bolivar. This was premiered at the Toronto Film festival recently, and presumably will go out for general release in the near future.

The main actor is Edgar Ramirez as Simon Bolivar. His last big role was the main lead in the TV film about Carlos the Jackal: "Carlos", and he was really excellent in that.

Follow the clip below for a sneak preview, and a great shot of the Llanero cavalry of General Paez:


Hopefully this should provide some inspiration for anyone building their Liberators armies, and promote greater interest in the period.

Orinoco Miniatures produces a range of 28mm figures for the South American Wars of Independence.


The figures can be purchased directly from our webstore here:
http://www.orinoco-miniatures.com/
Posted by The Wilde Goose at 09:16 4 comments: