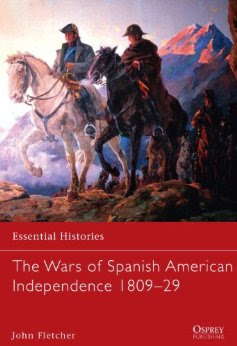 I just thought  would share another piece of good news (for those interested in the period). John Fletcher over at Grenadier productions has just announced the upcoming publication of his new book on the wars of liberation. This will be released by Osprey Publishing around Christmas time as part of their Essential Histories range, and thus the production values should be very high. John has also announced that his detailed new book on the Campaigns in the North (New Granada and Venezuela) will be following shortly afterwards.

You can find more details over at John's blog here: Liberators
Posted by The Wilde Goose at 14:58 1 comment: 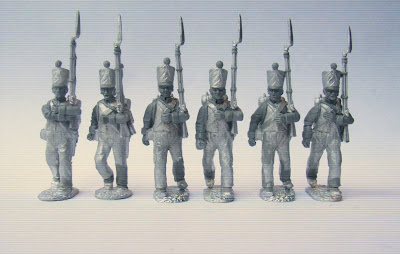 I just though I would share with you the first pictures of the completed Spanish centre company sculpts. This figures match the Spanish flank company figures, all figures with the short jackets common to many of the Spanish units campaigning in South America. 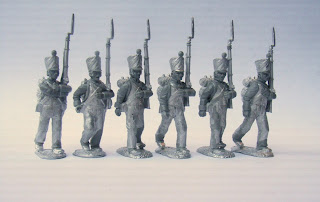 These can be painted as tropical brin uniforms (all in white/cream), or as more standard uniforms, and can be used for the Spanish in all campaigns. The Spanish troops often had covered shakos, though the advantage of this is that they can also be used for units in the various Patriot armies, either in the Northern campaigns of Bolivar or the Southern campaigns of San Martin in Chile and Peru. 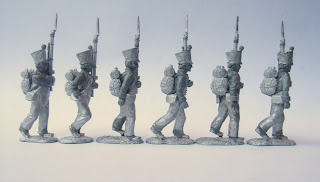 A command pack is now being sculpted, and all the packs for this unit will then be cast and released. We are hoping that these will be available by the start of September. 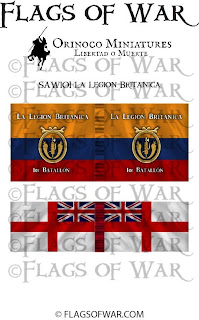 We're excited to announce that a series of flags accompanying the Wars of Liberation range will shortly be available. The excellent people at Flags of War have come up with some excellent designs, an example of which you can see above (for the British Legion). These will be ready for purchase in the coming weeks both directly from Flags of War as well as from Orinoco Miniatures.


The flags can be purchased directly from our webstore here:
http://www.orinoco-miniatures.com/

Posted by The Wilde Goose at 15:44 No comments: 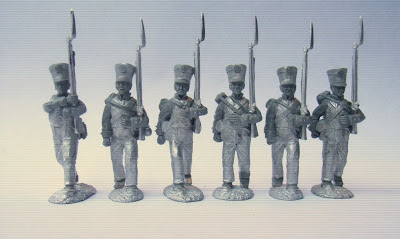 I've just received these new images of the completed sculpts of the upcoming Gran Colombian flank and centre company packs.I do hope you like them. 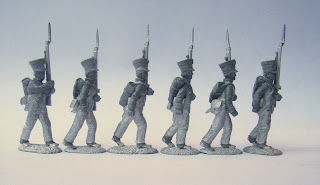 Above you can see the flank companies, which are based on numerous period drawings and prints from Venezuela.

Above you can see the flank companies, which are dinstinguished from the centre companies with a sabre and short pom pom/plume on the shako.

As previously, each pack will contain 6 individually sculpted figures. In addition to these a command pack is being sculpted as we speak. When ready all will be cast and ready for release. I am hoping that we will have these ready for release at the end of August/start of September, depending on the production queues at the casting service.

More news will follow later in regard to additional units and releases.
Posted by The Wilde Goose at 15:39 2 comments: