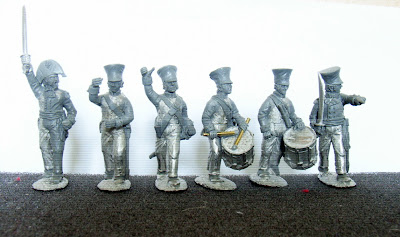 Here is the first step in a range of figures which I hope will be as appealing to others as the period and wars of South American Liberation are to me. In summary, perfect small scale and colourful battles from the end of the Napoleonic wars.

Straight off the boat from Britain and Ireland, this was the first of the British Legions to fight in the wars of Spain (pre-dating the British Legion of the Carlist Wars by nearly 20 years). These 5000 veterans of Wellington’s disbanding army were a mixture of mostly English and Irish soldiers, who were to constitute the elite troops of Simon Bolivar’s Patriot army. They fought in all the decisive battles of the wars of Liberation in the North: starting in 1818 in Venezuela, and Colombia, and finally after 6 years of hard fighting to the decisive battles in Peru in 1824. 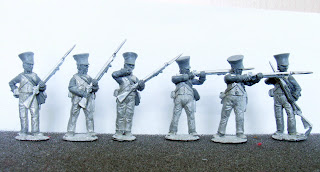 Simon Bolivar valued these troops highly for their grit and espirit de corps, and their graveyards and memorials are testament to their effort and sacrifice on the battlefields of South America. Needless to say they captured my imagination, and hence I set about getting them sculpted up in 28mm. 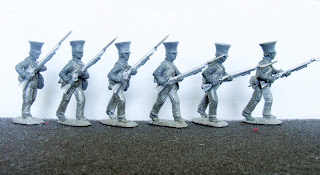 This first unit includes a command pack, marching, advancing, and skirmishing/firing line figures, all with covered 1816 issue Prussian style British Shakos. This is more than enough to capture the variety of poses and configurations for representing this unit on the table top. 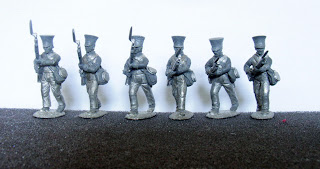 I have had some good input directly from Terry Hooker on the accuracy of the uniforms, plus reference to many period prints as well as the very useful book on the subject from Grenadier Productions. 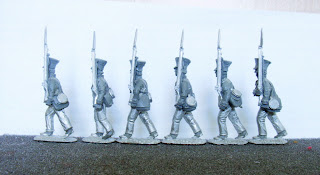 These figures will be quickly followed by Spanish and Gran Colombian/ Patriot infantry, then artillery and cavalry. The next two units of Spanish and Gran Colombian Infantry are already at an advanced stage. These will be available for sale in the very near future, and in the following days you can follow the progress of these over at the main site for Orinoco Miniatures (the name for the new range). 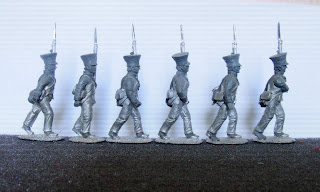 Certainly I am very interested to hear your feedback on these, and requests/suggestions for any particular units from the Liberation wars that you would like to see me do next. Please do pass on links to this and news of the range to your friends.

LIBERTAD O MUERTE!
Posted by The Wilde Goose at 18:27