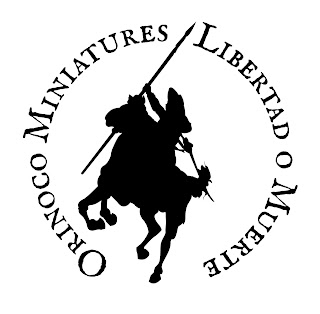 More details to follow shortly, but as promised, all is available on 27th May :-)

Don't Panic - the figures really are in the post 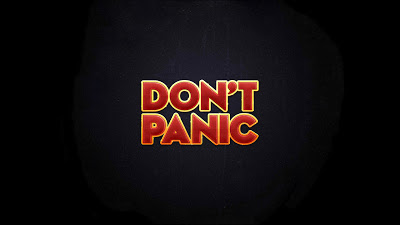 Douglas Adams was quite a prescient chap, and this lovely logo no doubt should be emblazoning the covers of iPads and Kindles worldwide. With that in mind, the message is indeed "Don't panic"; I have just received confirmation from UPS and the Casting service that all that lovely metal that are the British Legion figures will be upon the shores of Bohemia by Monday latest (27th May). We even have a tracking number :-)

Already lined up are some figure painters who have kindly offered to paint up the first few test figures, so that you can all see painted images of the Legion in action. I'll also give some packs an ink wash, and post up images so that you can quickly get a better idea of the detail.

There will be more news during the week about other nice developments, as well as status updates on the next two units (Spanish and Gran Colombians), which are being sculpted as we speak.

Also, in the coming days we will be getting the official web page and e-shop up and running, so that you can pick the packs right off the virtual shelf (or something like that). So onwards and upwards mis valientes.
Posted by The Wilde Goose at 22:55 7 comments:

Further reading, and scenarios for wargaming the South American Wars of Liberation 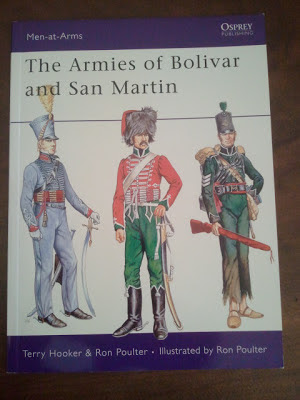 The South American Wars of Liberation are a fascinating part of overall the Napoleonic wars, and provide the potential for very colourful Napoleonic battles in the New World. Set in the period starting in 1810, and running up to 1830, these wars covered the breadth of Spain's crumbling American empire, with the key campaigns set in the North around modern day Venezuela, in the South in Argentina, Chile and finally in the North West/centre in Peru, as well as in Mexico.

I wanted to provide a list of books and sources which I think can provide a quick and entertaining introduction to the period, the tactics and ideas about how to wargame them. Probably the first book I came across was The Armies of Bolivar and San Martin by Terry Hooker. This Osprey book is a great little introduction to the period, and gives a broad outline of the campaigns and uniforms (and the illustrations are excellent). 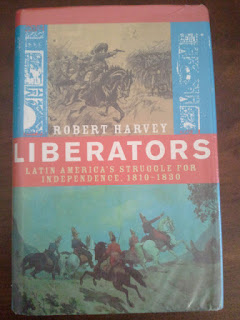 The masterpiece in terms of it scope and depth of detail for the Wars of Liberation has to be "Liberators" by Robert Harvey. This covers all the major campaigns and battles from Mexico to Tiera Del Fuego, from the beginning of the Republican movement under Miranda to the death of Simon Bolivar in 1830, and the abdication of the Emperor Pedro in Brazil in 1831. I cannot recommend the book enough as a Tour de force history of the wars. 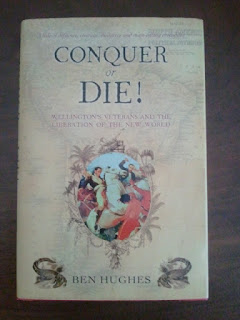 Of more specific and recent interest is the newly published "Conquer or Die!" by Ben Hughes. Focusing solely on the exploits of the British (and Irish) Legions in the wars. This is clearly geared towards military historians (and wargamers), and presents each of the battles and campaigns of the Legion in its various forms and amalgamations, including detailed battle maps and orders of battle (OOBs) where available. 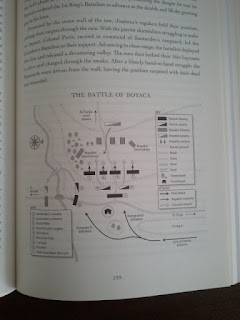 Here you can see one example for the Battle of Boyaco. I would recommend this book, especially for the depth of essential detail it provides for gamers. 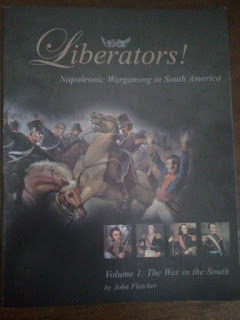 Last, but not least, are the excellent series of books and supplements by John Fletcher over at Grenadier Productions. Again the first book titled "Liberators" really gives a very good overview of the war in the South and the campaigns of San Martin and Bernardo O'Higgins. it provides a wealth of uniform information for the Argentinian, Chilean and Spanish Armies, with details of all the major battles, with maps and OOBs included. This is a must for the wargamer or Military historian.

There is also an additional Supplement that goes along with this that you can purchase as a PDF. 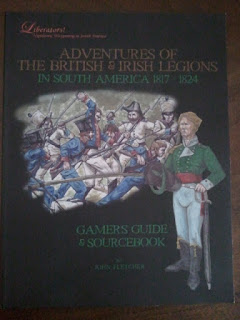 The other book focuses on our heroes again in the British and Irish Legions. There is again a nice overview of the history of these units followed by some uniform guides, and then more details of battles. There is also then several nice tactical and skirmish level scenarios presented. Again, good for use with the smaller battles that were most common during these wars, as well as for Skirmish games ideal for the Sharp Practice rules or other sets.
I believe John Fletcher has another book in the pipeline that will focus solely on the Northen campaigns of Simon Bolivar and his generals. These can be purchased directly from Grenadier Productions (see link on left). 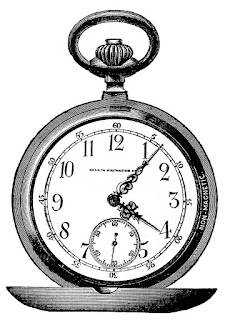 I just thought I would post a quick update regarding when the first figure packs will be available. The masters for the British Legion are now in the process of being moulded and casted.

I expect that within one to two weeks the figures will be ready for sale. At that time I will post prices and shipping information. For now I will ship directly worldwide, and postage will be at cost from the Czech Republic (I will contact customers directly for confirmation of the cost of shipping before final processing).

At a later date there will be an announcement about a designated distributor in the USA so that North American customers get a better deal on postage and shipping duration.

Next in the pipeline, which are being finalised as we speak, are Spanish/Royalist regulars, and Gran Colombian/Patriot infantry. Hopefully I can have some pictures of the greens up for viewing in the near future.

In the meantime, please feel free to send me any questions or other enquiries to the contact e-mail address on the left of the page.
Posted by The Wilde Goose at 21:45 2 comments:

For those that are interested in a scale comparison of the new 28mm Liberation Wars figures, please see below 2 new generic flank company sculpts (WIP) compared to a Perry Miniatures Plastic French figure. 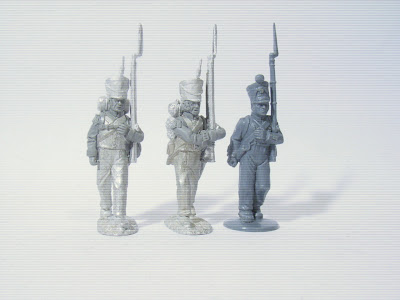 As you can see the scale really is compatible, especially for those who have built up forces already in this and similar ranges.  These also  match up very well against Victrix miniatures as well. Please bear in mind that the two greens are still a work in progress. I hope you like them. 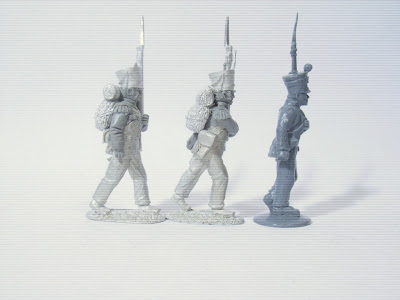